Married to an Angel?


Shortly before Christmas I had a poem published. It quotes the song ‘Just the way you are.’ So does my last blog-post. You might call this ironic. (Yes, it rained on my wedding day.)


Dear, think not that they will forget you:
-If craftsmanly art should be mine
I will build up a temple, and set you
Therein as its shrine.

If I wanted you to be a saint
I’d call you Saint Cecilia
who sings celestial charms
that soothe the raging heart.


I could pray to Saint Audrey
(as they do in Ely) whose tawdry
trinkets were at first the cause
of curse, but then became a balm.


If I banished you to the kitchen,
with subservience of Martha,
a saint of domesticity, you could
claim your rightful title of a martyr.


You could castigate yourself; a cross
between Rapunzel and Saint Barbara.
You’d piss me off, for sure – far more
than I already irked your father.

No, I don’t want you as a saint.
Do I not apotheosize you?
God knows, I worship you; set you
up upon a Thomas Hardy shrine.


I don’t want you for eternity;
I want you here and now.
Not perfect, godly, or divine;
not with a halo, nor angelic glow.


I crave the present: the saints
are dead; numbered with the stars.
Like Billy Joel or Jerome Kern,

I love you – just the way you are.

Sometimes, when you place someone on a pedestal, you can fool yourself that they are better than they are. Literally too good to be true, they fool themselves and the truth is neither in them nor the person who worships them. That poem was from my sequence of poems called The Olive Box, which charts a fictional love affair with a violinist called Olivia.


The persona in the poems thought that his Olivia could do no wrong, mistaking her ‘saintly’ acts for non-reciprocal altruism. He never imagined that she was anything other than his own (flawed) projection of perfection. As I said last month, those who apply the ‘Just the Way You Are’ fantasy-ideal to their lovers, partners, or wives are probably deluded fools.


In 2014 I fell for someone who turned out to be someone completely other than who she presented to me, and who tricked me into a relationship more fake than a prostitute’s orgasm. Naturally, I was pretty pissed off. When I discovered she had got married while we were still supposedly seeing each other, I was horrified. And when I found out she was pregnant I realised that, in my naïveté, I may have given far more than just my heart to her.


This time last year the man who she married, having discovered her pre-marital infidelity, in complicity with her egregious deception attempted to silence me. By setting up various fake social-media profiles, in his pathetic envy he wanted to avenge me for the fact that his fiancé was fucking around. Using false, defamatory and misleading information, he posted emails, tweets and messages in an attempt to sway all my friends, followers and associates.


He failed, of course. And pissed off a lot of people.


Perhaps he was in denial of the whole affair – the mark of a man deceived. He was warned that his activities were illegal, yet he persisted, leaving himself vulnerable. He began his campaign against me on Christmas Day 2014, spuriously claiming some misplaced altruism that might protect the children of the world. I suspect he was keen to protect his own child, due in March 2015, from the knowledge that its ‘dad’ might not be his ‘father.’


By keeping her affair from their friends and family, they will be deceiving them all over the dubitable paternity of the child. For some reason, he is in complicity with this deceit. Above all, he was in a relationship with someone other than the person who she alleged to be. He is deceiving himself far more than she ever deceived him or me. This, then, is the Truth. 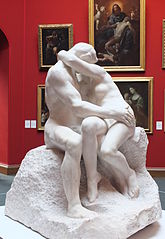 The primary act of infidelity is the kiss. And this was how it was with us. We had been on a bicycle ride to Musselburgh where we ate a shop-bought picnic by the beach, then attended a spoken-word evening. I read one of my Cautionary Tales, written especially for her. After the evening was over and the other people had left the room, as we were about to leave she turned and kissed me on the lips. Then she apologised. With caution, I invited a second kiss.


This was the point that her carefully-planned deception kicked in. She explained how she’d never done anything like it before. Allegedly fiercely independent and supposedly innocent (to use that word in a compound sense) she nonetheless seemed pretty confident that her bold act was the pre-cursor to sex. She announced this idea to herself in pretend surprise.


Unfortunately, her intention at that stage was scuppered by a strange incident as we took to our bikes for the journey back. Having extracted, with alarming insistence, more information out of me than I was prepared to give about my personal history, she pushed away on her bicycle. I called after her, “Your rear light isn’t on!” Glancing behind to check, she swerved and hit the kerb. Her bicycle flew out of control and she landed chin-first on the pavement.


There was a lot of blood. She lost her memory, momentarily. (I later learned from an article about her that she previously suffered from amnesia.) And in some pain, I remember quite clearly, she whimpered, “I love you.” Nowhere was open, so using my meagre ration of pocket tissues to soak up the blood, we made the long journey back to my flat with her chin dripping profusely all over her bicycle, down her long, red coat, and onto my doorstep.


Unperturbed by my dearth of first aid supplies, she seemed more intent on pressing her body against mine, thrusting herself into me in movements I can only describe as mock copulatory. Were it not for her wounds, we might have had sex there and then. But I, for one, don’t fuck on a first date and she, more important, was keen to get home and get cleaned up. I called a taxi. One good thing: she’d have to return for her blood-soaked bike at some point… 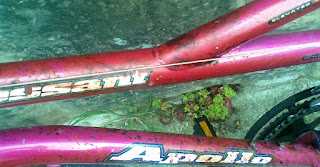 Later she texted me to say that she’d driven herself to the hospital (despite being incapable of handling a bicycle.) She was told she needed stitches, yet she refused. I suspect that it was her fiancé (about whom I knew nothing) who drove her there; I doubt either was keen for her to have a stitched-up face on their wedding day. Is that ironic? How she explained to him what had happened, I’ll never know. The expression ‘stitched up’ seems doubly fitting.


This was in May – or as the German Romantic poets would say, Im wundershönen monat Mai. Although it would be some months before I learned about her wedding, this was the start of a ‘Dichterliebe’ episode that, if nothing else, produced a tranche of words flowing from my pen as fast as the blood that dripped from her chin that portentous night in May.


And this is how it happens in Allegory


Today we have discovered the truth:
“Beware the flatterer… who spreads
a net for his neighbour’s feet.”


You will go on a long, long journey.
It may be by earth or air or sea
or possibly – to modernise the myth –
by train or tram or car or bicycle.
You will face challenges and obstacles;
inclement weather; or the roadways, rough
with dips and steps, will trip and throw you off.
You’ll lose your mind, but not the man you’re with.
You’ll meet along your journey characters
personified by adjectives; monsters,
demons, beasts, or words too strong to mention.
Your injuries you’ll shrug off with derision…
but not the memory of that contusion
that will bleed profusely for eleven days,
portentous. But you’ll press on anyway,
determined to complete your subtle mission.
There will be complications that will try
your metal, psychological and physical.
And  sometimes, lured by flattery,
or tempted by a voice that utterly
beguiles, you may return the compliment.
And as you spread your net (for it was meant
to be a double-trap) you’ll lose control
and fall headlong into your own hyperbole.
For on this trip, which from its conception
will be analogous with its deception,
you’ll find yourself, at last, relieved
to hold on to the one you most deceived.
It’s not the journey but the destination;
not the means that justifies your celebration,
but the end. You won’t have travelled far.
And yet your flesh will bear another’s scar.


For those unfamiliar with Schumann’s song cycle, Dichterliebe, here is a video. My poem summarises the whole piece, but adds a twist in the tale.

And this is how it happens in Lieder


A young man loves a maiden but –
to cut an old, old story short –
she loves somebody else. This doesn’t stop
him sing of flowers in bloom, of birdsong, spring;
his sighs become a choir of nightingales;
compares her to a dove, a rose, the sun,
and – most peculiarly – the Virgin Mary
(although to ‘plunge his soul into her lily’
is a euphemism only poetry
or Romantic Song would dare to sing.)
Naturally, the story ends in tears.
He passes by a wedding-feast and hears
the sound of pipes and drums, a string quartet,
and, wracked with grief that stars illuminate,
and morning summer sun will not forget,
the sad, pale man refuses yet to hate
the one who disabused him of her love;
he grudgingly concedes to her distress.
He calls upon her in his dreams and weeps,
throwing himself at her unforgiving feet;
is beckoned by the hand of fairy-tales
that ancient melodies delight to tease
as if the very flowers pity or please
the man. The white hand in the mist dissolves
as morning sun awakens his resolve
to sink the hurtful songs into the ocean –
with them, his heavy heart, so deeply broken.
What happens to the girl, we’ll never know.
It is a tale repeated ever-new:
presumably, therefore, in time as she
regrets, she’ll ditch the ‘other man.’ And he
will also feel his heart breaking in two.


Do not fear - there will be more in February, when Saint Valentine pins his  flaccid tail to the donkey of idiotic, god-forsaken love.
Posted by Tin Angel at 16:43 No comments: Links to this post