Many years ago I was part of a team delivering a series of theological discussions that some might call ‘Bible Classes.’ This may come as a surprise to some of my readers, but the point is this. The materials we used were from a course called ‘Living the Questions’ – a radical, liberal theological take on interpreting scripture.
Unlike the weak, glib answers supplied by evangelical courses such as ‘Alpha,’ besides the non-literal reading of the Bible, this course explored the ability to see that ‘faith’ is about accepting that there are no answers.
To ‘live the questions’ that surround our ultimately meaningless existence seemed, to me, the only way of coming to terms with the eternal mysteries. It helped me, ultimately, to accept my loss of belief in God with a greater sense of meaning, while retaining a keen belief in the teachings of Christ – as far as we are told by the Gospels. A secular version of this is summed up in this sketch. 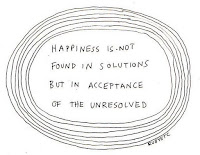 Lately, I have used up a lot of emotional energy in exploring aspects of my past, trying to find answers. Part of this has been for a film I was helping to script (shelved for the time-being, sadly) which led to a lot of personal research – for purposes of credibility.
Looking at your own life in retrospect is a pretty useless exercise. You cannot change what has happened, and the unresolved questions remain unresolved. Despite the maxim of our judicial system, that one should tell ‘the truth, the whole truth, and nothing but the truth,’ we can never really know what truth is. Truth is elusive. Our quest to discover ‘truth’ is eternal.
Sometimes, there is clarity when, with hindsight, you realise some things that didn’t make sense at the time now seem obvious, or at least, acceptably ambiguous. Again, accepting there are no answers is the same as living the questions. Whatever one has been through in life, the key to survival is ‘moving on.’
My ‘motto’ for this year is a quote from Kierkegaard:
Life can only be understood backwards,
but it must be lived forwards.
I’ve reached a stage where living forwards is the only option for me, since there is too much looking backward for people of my character type (see other posts) and the understanding that Kierkegaard talks of leads me continually searching for answers. Here’s an amusing song about this, which I heard performed recently in the bar where I reside as the ‘house poet.’
I’m writing this today for a reason. It is the anniversary of the day I was joined (in the eyes of the God I subsequently ceased to believe in) with someone I expected to spend the rest of my life with. The rendering asunder of this union hit me hard, and my life spiralled out of control. I wanted to reclaim the past, to un-spiral the spring, and that was an impossible task.
Now I have come to realise that dredging up the past will not change the hurt I felt, or emolliate the pain I was in. I need to remind myself of something I continually say to others who wish to bring up my past pain – a pain that has nothing to do with them.  Don’t bother. 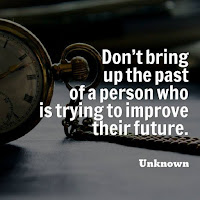 I’ve moved on.
And if you haven’t: tough. I’m leaving you behind.
Meanwhile, here are two more sestudes from my 26 Doors...
26 Doors Between My House and Yours 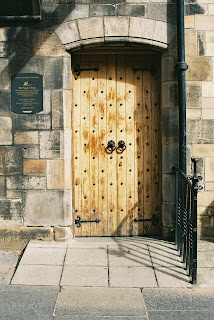 The People’s Story, Canongate
All my stories focus on
the negative:
death, divorce, denial
and betrayal,
while yours are optimistic:
searching, healing, questions
and connections.
Closed, we stand in solidarity.
Opened, we are separate
yet still connected…
My door is open to the fact
that we are trapped
in some emotional poverty,
while your philosophy
– and your empathy –
opens the door to a wider,
Universal Story. 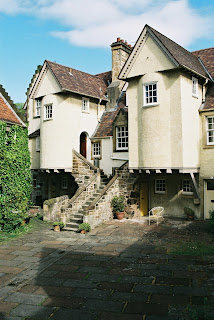 White Horse Close, Canongate
Walking into this Close is like
walking through a looking glass
or the back of a magical wardrobe:
things are not what they seem.
The crow-stepped gables, forestairs,
pantiled roofs, and diminutive
doors look genuine.
But History cannot be trusted.
These houses were renovated
in Nineteen-Sixty-Two.
Does it matter? No.
For every moment
spent here in the present
reminds me of you. 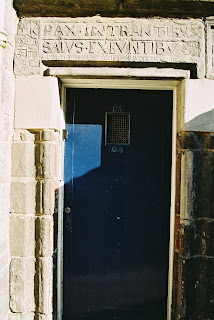 84, Canongate
PAX INTRANTIBUS
SALUS EXEUNTIBUS
We enter and we exit.
Sometimes we hide
behind closed doors
for fear of what’s outside;
othertimes, for reasons
much the same,
we venture far too far
beyond the frame,
eager to learn more.
Sometimes the door
is locked within;
othertimes, outwith.
So be it. Amen, I say.
I wish you peace, health,
but above, far, far above,
I wish you love.