Oh to be in Edinburgh...

However, as I said, today I am in England, and feeling sad that I have spent too much time away from my beloved Dunedin, missing some of my favourite events this month.  But all is not lost, thanks to the wonders of technology, the perils of plumbing, and the innovation of those Creative Types who pepper the Burgh with words, both spoken and printed.  Today, due to a temporary closure of their venue, the writer/performer collective Inky Fingers were hosting a virtual event.  Which means that, through the wonders of technology, I was there in Edinburgh, in Episode Two:


I recently tried to count on my (inky) fingers the number of spoken-word events that happen on a regular basis in Edinburgh.  I ran out of fingers.  Every one of them (the events, not my fingers) is different, distinct, and diverse, and no two events will ever be the same.  There has been plenty written about this vibrant scene: for example http://www.scotsman.com/scotland-on-sunday/scotland/peter-ross-the-bloodsport-of-slam-poetry-1-2841269 But while I’m feeling homesick for Auld Reekie, I thought I would name-check those on my 12-fingered list.


Starting with Neu! Reekie! http://neureekie.tumblr.com/  This is an eclectic and highly popular evening. Another Red Squirrel-associated event is sadly breathing its last on May the 1st, 10Red, at the Persevere Pub in Leith.  It will be sorely missed (as will its departing host, Kevin Cadwallender) http://www.youtube.com/watch?v=jhalxEd_rU0&feature=share

Not too far away from the Borders (of Leith) is another pub-back-room purely-poetry evening called… Caesura.  This nomadic group started in The White Horse, nipped round the corner to The Waverly, then found a new home in the Artisan Bar on London Road, where I will perform in June.


Shore Poets, who sound like they belong in down at the foot of the Water of Leith, in fact convene at Henderson’s at St John’s.  Featuring in-house poets, with live acoustic music, they have an ‘open mic’ evening this Sunday, so I will be doing a slot https://www.facebook.com/events/162376960593354/ 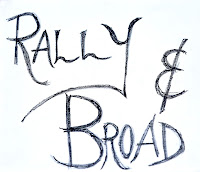 There is no more fitting a description of what goes on at Rally & Broad than ‘spoken word cabaret.’ Hosted by Jenny Lindsay and Rachel McCrum, at the Counting House, with trips to the Bongo Club for the odd ‘slam,’ this is always entertaining, polished, and broad in so many ways. Look them up: https://rallyandbroad.wordpress.com/

A close relative is found in the adjoining bar, The Blind Poet, where the
appropriately-called Blind Poetics meet for open-mic and featured poets.  This year Blind Poetics have produced pamphlets, imaginatively titled “COLLECTION I” and “COLLECTION II” – both of which contain pieces by me.
https://www.facebook.com/events/453014101445640/. 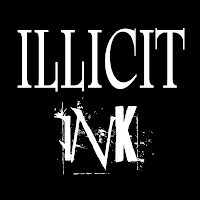 In the Bongo Club, in its new premises deep in the Cowgate, the well-established story-telling collection Illicit Ink host themed evenings with treats.  The next one (again, featuring me) is called ‘Sleeptalking’ – which makes me wonder what the chocolate treats will be this month.  See: https://www.facebook.com/events/619187951428089/ or http://illicitink.net/events/ and here: bit.ly/1062CKb 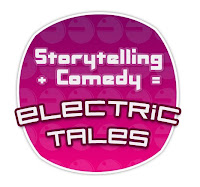 Storytelling is, of course, deeply embedded in the Scottish psyche, and
the Scottish Storytelling Centre is never short of events that do just that:  Café Voices, and Jo Caulfield’s Speakeasy to name but two; not to forget another, related event: Electric Tales, which is held at The Stand every month.

And while I’m in storytelling mode, this event http://www.scottishstorytellingcentre.co.uk/events/event_display.asp?id=5314 sees two of my storytelling friends, Fiona Herbert and Calum Lykan giving a dark take on The Selkie Wife tale.

There’s always a risk in compiling a list. I’m bound to have left off some, and others are sure to pop up in time.  I’ve heard there’s a literary-happening in Thomson’s Bar on Morrison Street this Sunday afternoon, and there are countless writers’ groups who host reading events and performances.  All these are events that I’ve either performed at, or will soon, or hope to at some future point.


So what the hell am I doing in England, now that April’s here?

Who Could Be Blue?


The title of this entry refers to a Sondheim lyric from Marry Me A Little:

Who, who could be blue,
Knowing there’s you somewhere nearby.
When anyone feels your glow,
Their low has to get high.


Following my last rather serious post, I wanted to say that my low has been lifted by many encouraging friends.  It’s a truth universally acknowledged that any artist in possession of some form of talent must suffer for it.  This may not really be true, yet I find myself quoting Graham Greene with increasing frequency…
“I wonder how those who do not write, compose or paint can manage to escape the madness, the melancholia, the panic fear which is inherent in the human situation.”

It’s no surprise to me that in this Cruellest Month the ‘Art Hunter’ app launched by National Galleries Scotland features a ‘blue’ theme.  I became aware of this when I saw a painting from Picasso’s ‘blue period’ tucked among the 15th/16th Century European Masters at the National.  At the Modern, in From Death to Death the juxtaposition of work from the permanent holdings with pieces from the Daskalopoulos collection demonstrates darker elements of the human condition.  Rodin’s The Kiss, recently planted in Edinburgh, may seem to present an erotic celebration of life, but there is a sinister story behind it.

And at the Portrait, The House of Annie Lennox shows the pleasure and pain of an iconic artist and talented musician laid bare. Next week, I will perform one of my poems in the Hawthornden Lecture Theatre, in the prize-giving event for Inspired? Get Writing!  Reading your own words in public can make you feel extremely vulnerable, but at least I feel confident that my poem was good enough to be awarded special merit in this extremely popular competition.  And, as coincidence has it, the poem contains an accidental reference to an Annie Lennox lyric: a ‘miracle of love.’

Sometimes I think it’s a miracle that Art and Love survive at all in this barbaric world.


The fourth in my sequence of poems on tones of blue is a mother, a parent, an artist, not simply letting the fledgling fly the nest but actively casting it out into the big, bad world.  You could say, throwing the baby out with the bathwater.  Joni Mitchel talks about the coyote who, having raised her young, reaches a point where she bites its nose and says, ‘off you go: fend for yourself.’  The poem talks about fours: the Gospel-writers (symbolically), the humours, elements, archetypes, and temperaments.

Conspicuously absent, ironically, is the colour blue.  As Sondheim says,


Long as there’s you with me,
the only thing blue is the sky.


Send them out!
Into the four corners of the earth.


The blood-red earth, dry
but for the laughter
of the sacrificial ox, led
to its sanguine slaughter;


Yellow earth, inflamed
with the choleric rage
of the rampant lion,
Its mane a fiery crown;


Phlegmatic in the cool sky
the eagle's wits perceive -
swoops a green-coated catch,
gobs its guts for greedy chicks;


Over the blackened earth,
moist with melancholy bile,
the angel weeps in ludic
gravety for divine insanity.

East and West, North and South:
Send them! Send them out!
Posted by Tin Angel at 17:22 No comments: