Recently my friends at Kalopsia Collective took a wee book of mine on tour, to Norwich and Belfast. They were exhibiting artbooks created for their Octavo Fika display, for which I had previously contributed my pamphlet, Walking on the Water. Their latest venture has been to open another Gallery in the Ocean Terminal. The concept ‘What is Textiles’ is fascinating and far-reaching, combining all forms of art and narrative. 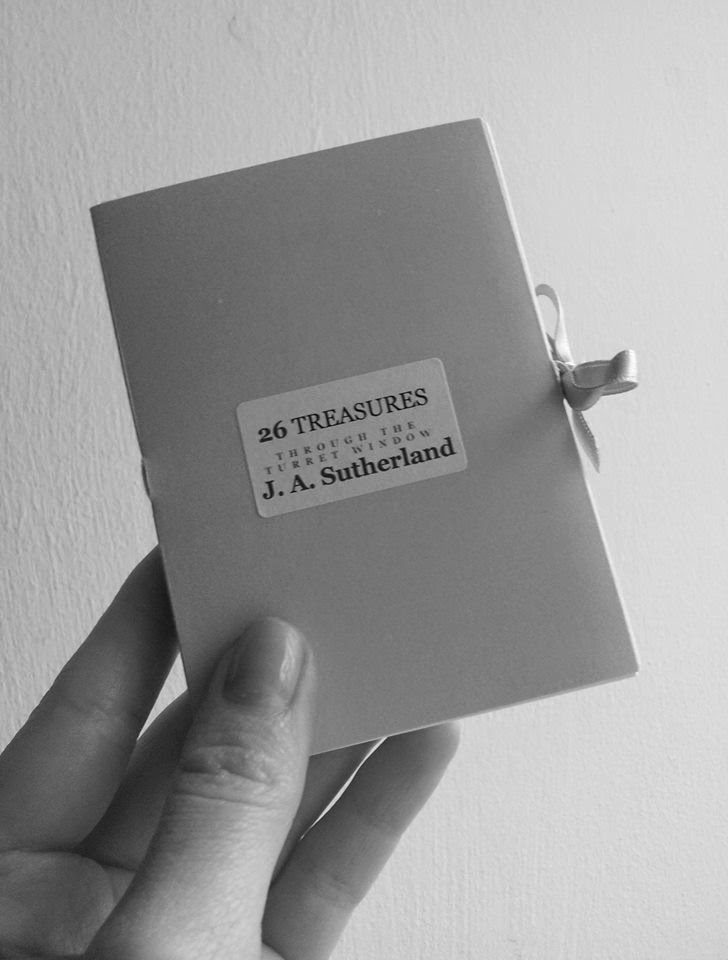 The book I produced for the last Octavo Fika was a hand-made collection of folded chapbooks, illustrating the 26 Sestudes that I wrote (for this blog) based on ‘treasures’ in the Museum of Scotland. It is available on-demand to anyone who asks, for a small price. Or, people can hear me recite a selection of the 62-word pieces (sestudes) at an event called Tricolour in the National Library of Scotland, on July 7th 2014.


This will be the last of my performances for the summer, unless – like last year – I find myself doing a last-minute Fringe show. But in Edinburgh, anything can happen! In the meantime, here is the next in my series of Cautionary Tales.

from Charlotte & The Charlatan
– and other cautionary tales

It was time for a change of clothes. “I’m bored with my wardrobe,” The Wizard declared, “It’s time to re-define my image.” Charlotte couldn’t imagine him any other way, but the Charlatan was decided – although this was divided among the manifestations of what he might choose to become.


Lottie persuaded him otherwise. “You’re stylish, witty and wise. You could be whatever you choose! If you change, it’ll be more than looks that you’ll lose.”


“Ah, piffle and pish!” he told her: “We shall see. I’ll parade my New Outfit at the Fair, and every man and woman will fill the air with applause; the children will cheer above the roars of all the animals; the flowers, grasses, shrubs and trees will wave their branches and wiggle their leaves; the shingle will tremble, rocks will shake; not a grain of God’s inviolate earth will fail to quake!”


The Charlatan’s initial task required of him to ask of himself what guise he should assume. He didn’t want anything flashy or plush; bling was not his thing; nor did he go for ephemeral fashion, the ‘latest thing’– for him, the art of dressing wasn’t something to rush into. He didn’t fancy shabby-chic; nor power-dress in a three-piece-suit; nothing too casual, nor over-sporty – and ‘retro,’ thought he, was better off cast in the fires of eternity.


Having exhausted fashion and sport, he fancied himself as an artist of sorts. Poets, he knew, simply covered their bodies with super-glue and threw themselves with little abandon through the windows of charity-shops.


The Wizard was after a little more pomp, and decided it would be a romp to hire an orchestra. “It can’t be that hard to be a conductor?” In white-tie-and-tails and a great deal of flair (he didn’t even cut his hair) he won them with his wily charms – until he started waving his arms. He soon learned that a magic wand had a fraction the power of a maestro’s baton.


His final foray with artistic pursuits was a cape and beret and box of cheroots; he’d sit with his canvass and palette of oils, daubing with gusto a dense impasto of powerful angst and emotion. But the Charlatan knew he was an imposter; his painting was bluster and busy commotion designed to create an illusion as empty as an infamous Emperor’s naked delusion.


On the day of the Fair, Charlotte awoke the Charlatan. “Oh Lottie,” the Wizard opined, “I’ve got nothing to wear: all the folk at the fair will find out I’m a fraud!”


But Charlotte assured him: “Just go as yourself – the crowd won’t applaud if you try to be somebody else. To your own self be true, and be true to yourself.” And with that, Charlotte embraced him. “It wasn’t the Emperor’s clothes that disgraced him,” she gently reminded him: “But what lay underneath.”


“Charlotte, you’re right,” said the Charlatan, with a re-composed sense of belief.
Posted by Tin Angel at 17:06 No comments: