You know that empty feeling you get deep inside when you lose a loved one? Whether through bereavement, estrangement, rejection, or simply because you had to set someone free?
You know the old adage: if you love someone, set them free?

It turns out this is not so easily attributable. Was it Sting, was it Jonathon Livingston Seagull; was it two mini-lovebirds? Or some woman with a caged canary?
Here’s another thing: my recollection is that it concludes with a different line from that which appears on the internet. A friend, many years ago, quoted it as this: “If you love someone, set them free; if they don’t come back, it was never meant to be.” I took this to mean, ‘If they really loved you, they will return some day.’
Either way: to lose someone you love – whether they were taken from you, turned against you, or they simply fled the nest – can leave you with sense of profound emptiness. This is what grief is.
To say that I felt this same empty feeling about a building might seem weird, or melodramatic. 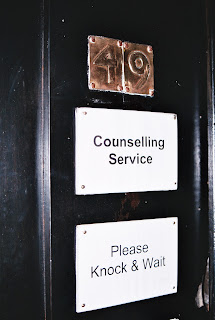 And yet for the second time in four years seeing the inferno lapping the innards of the Mackintosh Building in Glasgow, my sense of grief skipped quickly through Kübler-Ross from ‘denial’ to ‘anger.’ When I heard that this great Work of Art might have to be demolished, my stomach turned. The third stage, ‘depression,’ soon turned to ‘bargaining’ as I learned that The Mack was going to rise, once again, from the ashes; finally ‘acceptance’ set in.


I was reminded of a quote which I scribbled once in a card to a friend (a quote which came back to me recently, in my own handwriting, from 1992!)
“Every day won from such
darkness is a celebration”
ELAINE FEINSTEIN
So it seems, perhaps, that Glasgow School of Art’s iconic building will celebrate new light again, one day. If only some of the art spaces in Edinburgh had the same enduring longevity. If any of the Scottish National Galleries were to be razed to the ground, you can guarantee funds would be found to re-build them. Then again, it would be more like Edinburgh Council to let their bedfellows in The Drum Group build a hotel, or yet another block of ugly student accommodation in its place.
This may not be relevant to those living outwith Edinburgh, but throughout this wonderful city doors are closing on art establishments and, in their place, money-making ventures are springing up, screaming “Buy!” and “Sell!” A few weeks ago I reviewed the last ever films to be screened in the derelict State Cinema down in Leith, as part of the Hidden Doors Festival. The following day, the demolition team were in, reducing an icon to the impoverished status of luxury flats. 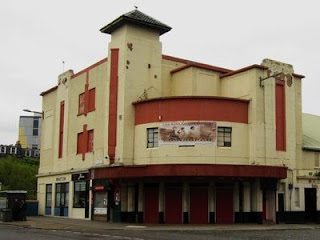 Back in Spring, in another review, I spoke about an arts complex on London Road that is home to a vast range of creative and charity organisations and individuals. It’s an ugly building, right enough, but the Council is going to turf out the community and turn it into something uglier: mammon. By no small chance, the event I reviewed was called Doors That Open, and the optimism of the artist in question was admirable and enlightening.
When One Door Closes...
Regular readers of this blog will know that doors have featured in my work over the last year or so. My sequence of 26 Doors Between My House and Yours charts a journey and a friendship, as well as the symbolism of doors. One of the doors I photographed and wrote about was on the front of the Queen’s Gallery of Holyrood Palace.
Imagine if that got burned down like The Mack in Glasgow: people would care far less, but it would be re-built without question. I don’t really care for royalty, or chivalry, nor for the petty politics between neighbouring countries. The wall dividing England and Scotland fell to ruin years ago – I’ve no time for those who want it re-built. So I ignored the doors with the proud chivalric figures of rampant lion and unicorn, choosing to picture and write about the less-glamourous door beside it: 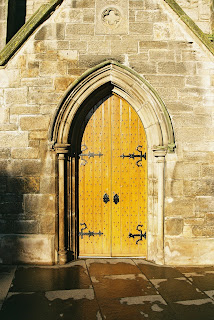 The Queen’s Gallery, Abbey Strand
“My next-door-neighbour’s door
is adorned in the rampantly proud
heraldic symbols of neighbouring
nations formerly at war,
now, locked in endless argument.
They’ll never see eye-to-eye,
for the Lion represents English Pride,
while the Unicorn is Scotch Myth:
a fictitious creature never born.
Every day those separated gates
let the tourists in, yet I remain secure.
I stand for Art. Nothing more.”
Further along my random route, another arts venue featured: The Number Shop. Run by Edinburgh Contemporary Art Directory, and home to studio, gallery, and shop space, this quirky building has also had to close its doors to the artistic community who made their home there. I dropped in on its closing day, and learned that the Council had given the people who use it the chance to bid for a renewed lease, but they rejected their bid in favour of a more lucrative tenant.
I wonder how many other ‘doors’ in my sequence will be closed to creativity? 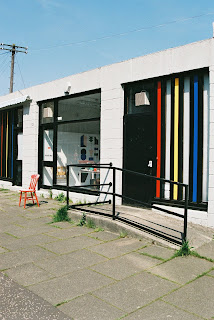 Project Space, Pleasance
Someone has left
a bright red chair
outside a brightly-
coloured door.
(In point of fact,
the door is black:
the window-frames
seem to proclaim
this is a space for
artists’ studios.)
Is it the windows
and mouldings
drawing my eyes;
declaring the
creativity that lies
behind the door?
I sit on the chair
pontificating how
windows, not doors,
reveal much more…
As it is, this blog is also about keeping a window open. Even if I stop posting here (which I may do when I reach a decade of posts next year) I will leave the curtains un-drawn. After all, every day won from such darkness is a celebration. I used to wait on death’s yawn. Now I embrace the dawn.
You know the old adage: if you love something, set it free?
POST-SCRIPT:
Happy Birthday to my friend, the dedicatee of this poetry;
my light and inspiration, who makes every day a celebration.
Posted by Tin Angel at 11:13 No comments: Links to this post