Safe Spaces are for Children

What happened to February? My attempt to write on this blog at least once a month went awry and, with only 28 days in the month, February’s entry is over a month late. Perhaps I was too busy enjoying the romance of Valentine’s Day, or preparing myself for my Lenten Penitence. Either way, I’m sorry (to my regular readers) for my irregular posting. I make no apologies, however, for my art.
Speaking of Valentines, I had an interesting reaction to some of my poetry when I was performing at a certain Jazz venue in town, a few days after the celebration of all things ‘romantic.’ I recited two poems based on Jerome Kern songs – ‘Just the Way you look tonight’ and ‘All the things you are’ – introducing them by singing parts of each song either before, during, or after the poems.
The audience seemed pretty appreciative – I’d given them both poetry and music – and my fellow-performers continued the gig with songs about death, hatred, broken love-affairs and general misery. (Ah – jazz!) My poetry, it has to be said, focused on themes of how love doesn’t always work out the way we want: sometimes people are not compatible; other times we fall into the same mistakes, like the familiar chord progressions of a popular song.
At the bar, having claimed my free drink (we poets will do anything for a beer) a woman came up to me and said, “What was that all about?” Introducing herself, she apologised for being slightly drunk, and then re-phrased her question. It wasn’t that she’d misunderstood the poems, but rather that she disagreed with the sentiment. She and her (second) husband had been happily married for ten years, she told me: “Can you justify what you’ve written?”
“No,” I replied: “I won’t ‘justify’ what I’ve written – but I can put it in context, if you like.” I explained that I was presenting a realistic view of love and relationships, and not the saccharine, Valentine, Clinton Cards version. I pointed out that the poems were from a sequence called The Olive Box – a sequence that charts the story of a relationship, from the heady days of new love, through the development and subsequent demise of the partnership. 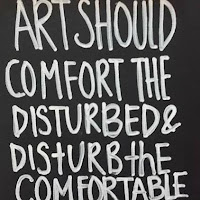 She was disturbed by the idea that someone should write poetry about both sides of love – its glories and failures; its highs and lows – despite the fact that she was on her second marriage.
“But is this stuff...” (she pointed to my pamphlet lying on the bar next to my hard-earned pint) “Is this about your own experience; is it true?” Now there’s a question! I told her that as a poet, a performer, an actor, a singer – as an artist – I pool upon my own experiences and transpose them into art, into fiction. I may then have trotted out the usual stuff about art being a lie that helps us to understand the truth. And I may well have told her it was ‘true.’
“But it’s entirely fictional,” I assured her. “And if my two poems have made you question the nature of relationships, then I’ve done my job.” She was apologetic about having confronted me so aggressively – Dutch courage was mainly to blame – and I assured her it was fine. “I’m glad you came to speak to me: your reaction is entirely valid, and I appreciate it.” That said, I never said the obvious thing which was: why are you not disturbed by all the songs performed this evening about fucked-up love and relationships?
It seems that music – even with its punchy, powerful lyrics – can wash over people, but bare words (whether on the page or the stage) can really get to the heart of the matter. While I don’t agree with Shelley’s infamous claim that ‘poets are the unacknowledged legislators of the world,’ it’s somewhat strange that it's among the performance poetry circuit that I have heard most mention of ‘trigger-warning’ and ‘safe-space’ rhetoric. Or, bullshit.
Since when was poetry or drama, with its subversive, discursive, and sometimes abusive narrative, meant to wrap listeners or readers up with cotton wool? Only, perhaps, when the trite rhymes of Valentines cards are sealed with kisses, and received with grimaces. If you want to engage with art – whether complex poetry, challenging theatre, mind-boggling fiction, or mother-fucking rock-and-roll music – then get out of your molly-coddled safe-space and pull the trigger.

As comedian, Jonathon Pye, asked in a recent video, why are people so afraid of language? According to Pye’s reading of the Salford Public Space Protection Order, “Swearing in public is on a par with drowning animals,” In which case, if reading poetry on broken relationships requires a trigger-warning, I might as well jump off a bridge.
(But not, it seems, in Salford.)
To be afraid of truths, of complex emotions, of questions that have no black-and-white answers, or of situations that challenge what it is to be human is to be afraid of life itself. Life’s a piece of shit... live with it. Because if you don’t accept or believe that life is complicated, when complexity hits you – whether in the words of a poem or song that makes you feel uneasy, or a piece of information that disturbs your comfort-zone – you won’t be able to cope.
I’ve quoted Stephen Fry on this blog before, and he again has nailed an idea to what this little rant is about. He calls this cry-baby culture ‘infantilism.’ The notion that to say the word ‘rape’ in public makes the orator a rapist is absurd, and deeply worrying. Yet people want to be molly-coddled, or to molly-coddle their own behaviour lest they cause offence. We protect children because they are vulnerable. But when we become adults, we must protect ourselves...
How? By allowing our maturity of thought, experience, and understanding keep us open to the rich divisions, diversions, and emotions that the human experience has to offer. People need to know that nothing is simple; nor is anything handed us on a plate. (Little food is eaten that way these days anyway.) Perhaps, to put it another way, as Fry does at the end of this short interview, what people need to do is this: just grow up!


Posted by Tin Angel at 11:36 No comments: Links to this post 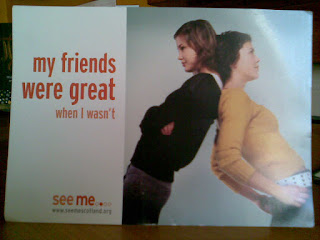 Despite this being predominantly a live music bar, the audience listened attentively to my poetry. Afterwards I told them about a time when I performed at another music venue where I also sang bits in between my poems. A man at the front seemed to be enjoying my work – he even sang along – but afterwards when I thanked the audience for listening, he said out loud: “Thank you for stopping.” What a dick-head.
The same didn’t happen last night; instead, the host of the event appeared on stage with a tray of muffins with lighted candles and a card that had been signed by everyone in the bar before I’d even arrived. I did not leave the stage with dry eyes!
This is why it’s so important to keep going. An act of great kindness goes a long way to diffuse the attitudes of those who would rather hurt than love. I still refuse to talk about my private life – my age, sexuality, or personal problems – in public because these are not things I wish to be judged on.
I don't intend to announce my past difficulties and, frankly, would be happy if others didn’t either. I punished myself enough in the past. 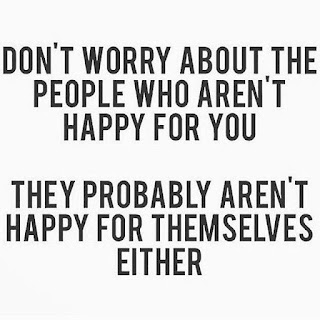 It’s my birthday today. I’m moving on.
Posted by Tin Angel at 08:42 No comments: Links to this post